Taiwan Time What Time Is It In Taiwan?

Taiwan time is UTC or GMT + 8. Taiwan is considered by Beijing to be a part of the CST – or China Standard Time, and indeed, Taiwan time is the same as the time in Beijing. The time in Taiwan (officially called the Republic of China) however,Â known as National Standard Time but it is also GMT +8. 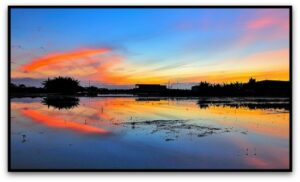 What is interesting about China Standard Time is that while China actually spans five different standard time zones (GMT +5 through GMT +9) the entire country officially uses a single standard time. In other words, the time in Taipei or Beijing will be the same as the time in , China – a city which is over 2400 kilometers away from Beijing but just 870 kilometers from the largest city in Kazakhstan – Almaty.

Due to this bizarre Chinese policy, the official clocks in the far west of China – five time zones away from Beijing – will display the same time as a clock in Tiananmen Square… regardless of what the sun says.

To find the exact time in Taiwan as calculated by atomic clocks while you are visiting Taiwan, simply dial 117 on any phone or cell phone.
In , China, businesses officially open from 10 AM to 7 PM Beijing time… but locals do frequently set their watches to “local” time and transportation schedules will often also ignore the official time in favor of reality.

For a brief period during the occupation by the Japanese – in the late 1930s and early 1940s – Taiwan time was switched to match Japan’s GMT +9. After the second World War however, Taiwan time reverted to GMT +8 which is still in use today. 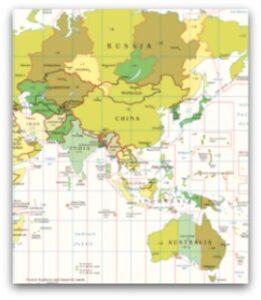 Daylight savings time is not observed in Taiwan as the country’s geographical location — located along the Tropic of Cancer — makes seasonal variations in daylight too mild to require implementing a daylight savings time scheme. In mid-August, the sun generally rises around 5:27 AM and sets at 6:29 PM. In mid-January, sunup generally comes at around 6:40 AM while sunset arrives at 5:25 PM.

Unless daylight savings time is in effect in the United States, it is quite easy to remember what time it is at places such as Washington DC or New York as the time difference between Taipei and North American East Coast cities is 12 hours — if it’s 5 AM in Taiwan, it’s 5 PM in New York.
While the time of day would be the same between Beijing, Hong Kong, Shanghai, Guangzhou, Taipei and Kaohsiung, mainland China and Taiwan celebrate different holidays. A person planning a trip from Taipei to Hong Kong for business for example, would be advised to check whether or not that day is a holiday in the People’s Republic of China, or in the special administrative regions of Hong Kong or Macau.
It almost seems like the subject of Taiwan time is not as clear cut as simply saying that it’s GMT +8.