Nightlife Taiwan, unlike many cities in the West, has no “last call” or closing hour stipulated for Taiwan bars or Taiwan clubs… The nightlife in Taiwan is an all-night affair. Taiwan nightlife includes clubs, bars, “normal” KTVs (meaning “Karaoke Television” — or karaoke joints) as well as “special” KTVs (which are much more expensive but include the presence of beautiful young women who will sing and party with you.) 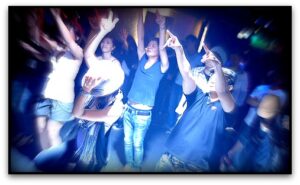 Check the local English-language newspapers on a Friday for weekend club listings and other nightlife Taiwan events. There are also several English-language websites with good listings of stuff happening all week long. Taiwan — and especially the capital city Taipei – will have some form of nightlife happening on every night of the week. For many Taiwanese party-lovers, Wednesday is considered the “xiao zuo mo” or small weekend – essentially the same idea as hump day. Wednesday night will see the bars and clubs fill up, while of course Friday and Saturday are the biggest nights of the week.

At a major night club in Taipei, expect to pay the equivalent of US$8 for a beer or basic cocktail. In southern cities such as Taichung or Kaohsiung the price drops to around US$6. Some more underground bars will charge slightly less. Of course, there are convenience stores located on virtually every street corner… these shops are open 24 hours a day and also sell alcohol 24 hours a day. A beer at a Taiwanese convenience store costs US$1.50

When partying at nightlife Taiwan, bear in mind that Taiwanese culture – although friendly and welcoming – is generally more conservative than Western culture. Men are welcome to hit on women – and vice versa, but all such “hitting” should be done tastefully and in a respectful manner. Getting involved in any sort of altercation with locals is not advised as you simply do not know who you are dealing with. The guy who looks like a small computer nerd may in fact be a dude with connections to the local mafia and you could find yourself getting “jumped” after walking out of the club (it has happened to foreigners more than once!!)

While of course narcotics exist in Taiwan like they do everywhere else in the world, Taiwanese law enforcement takes the matter rather seriously. A visitor to Taiwan caught smoking 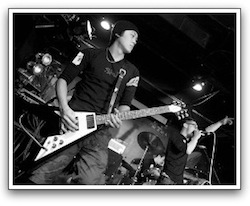 marijuana, ingesting ecstasy or consuming any banned narcotic will find themselves serving a mandatory two-month sentence in a prison “rehab” program before being deported. Taiwanese law states that you don’t even have to have physical narcotics on your person to be guilty — just having them in your system is proof enough of use. A word to the wise: fooling around with drugs and Taiwan isn’t worth it!