Is Taiwan a Country?

Is Taiwan a country? Before we answer the question, it requires us to consider the nature of “a country.” Take the Vatican for example: it’s a country with embassies and ambassadors, a flag and international recognition but it’s population is a paltry 900, mainly priestly inhabitants that live in a “nation” one-eighth the size of New York’s Central Park. Singapore is a country, but it’s much smaller than Taipei City. There are also South Pacific island “nations” spread over hundreds of islets with tiny populations on each one. Each of these places qualifies as a “country” for one simple reason: the rest of the world agrees that it is. 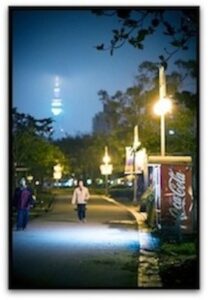 Is Taiwan a country? To those of us who live and work here, we most certainly live in the country of Taiwan. The island boasts a functioning – albeit raucous – democracy. We have a currency, a flag, all three divisions of the armed forces as well as a coast guard. Taiwan is also home to a democratically elected legislature, president and other chosen representatives. If industry is an indicator of statehood Taiwan should be a super-country. Aside from manufacturing most of the world’s high-tech computer memory chips, for years Taiwan made pretty much any and all kinds of junk items until the world’s factory was consolidated in mainland China.

Is Taiwan a Country – A collective delusion

But, when push comes to shove, the one indicator that makes a difference is international recognition… and we don’t have it. The UN boasts 191 members, but out of these, all but 23 states deny that Taiwan is a country. We have just over 20 international friends, down from roughly 30 a few years back. Incidentally one of our allies – the only one in Europe — is the tiny Vatican. Aside from the opulent Holy See, the remainder of Taiwan’s allies are small, deeply impoverished half-failed states in Africa as well as a couple of decent-sized nations in Central and South America. These “allies” are however, frequently fickle and have been known to switch allegiance to China and back again, depending on who’s offering the best “friendship deal.”
The situation boils down to a kind of well-established delusion: other than just over 20 humble states, the world pretends that Taiwan is not an official country, but does business with and generally treats it as if it were one. Taiwan maintains cultural and business offices in many nations. These offices serve the function of an embassy, but allow China to save face by not being technically “official.” Other nations do the reverse. The United States has had an embassy in Taipei for decades, but it’s called The American Institute in Taiwan or AIT.
Is Taiwan a country? Yes… but not officially

All too often a foreign dignitary will slip up and call Taiwan a country publicly. The offender will then generally backpedal and bow down towards Beijing to avoid serious trade and diplomatic repercussions. China takes this issue very seriously. Make mention of Taiwan as a country when visiting China and you will be immediately corrected by the teeming throngs. Chinese delegations will storm out of international meets that display the ROC flag and will raise hell if Taiwan is called anything other than their preferred designations of: “Taiwan, province of China,” “Taiwan, China,” or the ridiculously misleading title used to compete in international sporting events such as the Olympics: CHINESE TAIPEI.

Is Taiwan a country? It depends on who you ask…

How can Taiwan become a country?

Unfortunately, short of a miraculous change of heart in Beijing, the likelihood of statehood is minimal. Here’s a couple more far-fetched options: China’s communist system could implode, 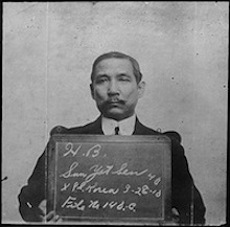 giving Taiwan a chance to declare nationhood without opposition. A Sino-American war could break out, and a defeated China might have to cede Taiwan, or a new kind of federalism could emerge, giving Taiwan an equal standing as a “country inside China.” Most experts agree that in the foreseeable future these are unlikely scenarios to say the least. Is Taiwan a country? There are some on this island who believe Taiwan should simply declare independence now, but most people here realize this would mean a civil war with a cost too high to bear. China has made very clear that they will invade if a formal declaration of sovereignty is issued, and even western observers think the mainland is serious. Those who support unilateral independence have an interesting question to ponder: From whom do you declare independence? The communist People’s Republic of China has never ruled Taiwan. This means in reality, the only nation from which to announce freedom from would be the Republic of China (ROC) – a nation founded in 1911 by Dr. Sun Yat Sen and displaced by the Mao’s communists in 1949. The ROC is the current official title of Taiwan. If that makes your head spin around, welcome to the country of Taiwan… the world’s only country that’s not a country.