Is Taiwan a Part of China?

Is Taiwan a part of China? Yes and No. Taiwan shares a common Chinese culture and language, but has never been under the control of the communist People’s Republic of China (PRC) founded by Mao Tse-tung in 1949. When trying to discover if Taiwan is a part of China one must almost borrow a page from former U.S. president Bill Clinton and ask what “a part” and also what “China” means. To successive governments on Taiwan, “China” means the Republic of China founded in 1911 by Dr. Sun Yat Sen. Bejing’s rulers see it differently and claim that as the 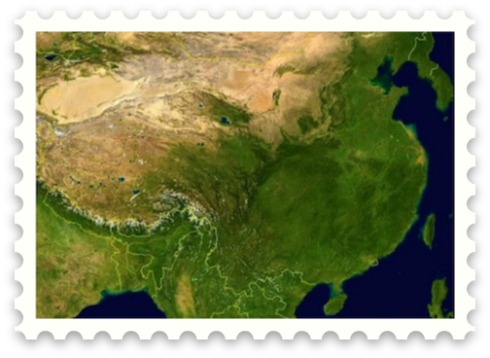 Republic of China (ROC) lost the civil war and was replace by the communist People’s Republic of China, they now hold legal authority over all of China, including the province of Taiwan. Taiwan’s ROC government views the communists as usurpers and maintains that the ROC is the true “China.” Is Taiwan a part of China? It depends on whom you ask.

Is Taiwan a part of China? The simple answer is yes and no. Like much else on this planet, the issue is a complicated one. Chances are, you share our dislike of boring historical lectures, but a tiny bit of history is needed to be up to speed on the question: Is Taiwan part of China?

Is Taiwan a Part of China? – A Brief Look at the Past

Ever since the Chinese were unified into The Middle Kingdom, successive emperors have set their eye on Taiwan. But, owing to an almost non-existent Chinese navy and the pressures of keeping control of the incredibly large landmass of China, attempts at visiting or controlling this island were far and few between and less than successful. In fact for a long while, foreigners – most notably the Dutch – exerted more control over Taiwan than China did. All that changed in 1662 when naval forces sailing from China’s Southern Fujian province defeated the Dutch in battle, expelled the Dutch government and claimed Taiwan as an official part of China. But, while the “divine son of heaven” may have proclaimed Taiwan a part of China, ruling a place (as the U.S. discovered in Iraq) requires boots on the ground… and lots of ’em. For the next 200 years, Taiwan – officially a part of China — bounced around between Chinese control, local warlords and foreign armies. Finally, in 1887 Taiwan became a “real” part of China after it was upgraded to Taiwan Province with its capital at Taipei. Taiwan’s Chinese rulers built a postal service and the very first railroad. But, just 12 years after Taiwan became a de facto part of China, the island’s fate took a twist that would last 50 years.

Is Taiwan a Part of China? – Taiwan becomes a part of Japan

In 1895, China’s Qing Dynasty lost the first Sino-Japanese war. As the terms of capitulation, China permanently ceded the island of Taiwan and the Penghu Island chain to Japan. Taiwan was no longer a part of China and those who were disinclined to become subjects of his majesty the Japanese Emperor were allowed a grace period of two years to pack up and head back across the Taiwan Strait – few locals took the Japanese up on this offer. From 1895 till the defeat of the Japanese Empire at the close of World War II in 1945, Taiwan was Japanese. Today, many local residents aged over 65 speak Japanese and identify with Japanese culture. Taiwan’s first democratically elected president Lee Tung-hui was educated in Japan, speaks Japanese fluently and – as an interesting aside – has a brother who served in the Imperial Japanese Navy before being killed by U.S. air forces who sunk the ship he was serving on during WWII. Built up over 50 years of colonial rule, Taiwan’s ties to Japan ran deep, but at the end of WWII, the question once again became: Is Taiwan a part of China?

Is Taiwan a Part of China? – Taiwan is a part of China, but what China?

The modern Republic of China (ROC) was founded in 1911 by revolutionaries led by Dr. Sun Yat Sen and his Kuomintang Party (KMT). After 1911, Taiwan was claimed as a part of the new Republic of China but the island remained under the control of Japan. As soon as the Japanese left China and their other colonial possessions (including Taiwan) in 1945, a Chinese civil war between the Chinese Kuomintang and the Chinese Communist Party flared up anew. By 1949, the tide had turned in favor of Mao Tse-tung and the communists. That year, a new People’s Republic of China (PRC) was proclaimed and General Chiang Kai-shek and the KMT retreated to Taiwan. The PRC has claimed Taiwan as “a part of China” ever since while the KMT – now stuck on Taiwan — claims to be the legitimate rulers all of China – including the province of Taiwan.

So is Taiwan a part of China?

Let’s break down the question: Is Taiwan part of China? Linguistically, yes. Culturally, yes. Politically, no. Under the effective control of Beijing? Super No. It could be said that Taiwan has been or is a part of China, but has never been nor is a part of the communist People’s Republic of China. If that only makes partial sense to you, you are not alone. People have and continue to squabble over historical conventions and treaties that may or may not dictate that Taiwan “belongs to China.” The simple reality is that Taiwan is a budding democracy with a free press and free elections. This island has its own flag, stamps, currency, a police force, a reasonably large military as well as all the other trappings of statehood. However, owing to China’s political might, only roughly 20 small nations – mostly in the developing world – recognize the Republic of China on Taiwan over the People’s Republic of China. ROC Taiwan is not a member of the U.N. or most other international bodies that require statehood. Is Taiwan a part of China? In the end, it depends on whom you ask.