Taiwan holidays are essentially traditional Chinese holidays. Native aboriginal celebrations and events may in fact be the only “true” Taiwanese festivals. 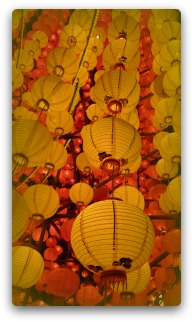 Ironically, Taiwan is a bastion of traditional Chinese culture. Some have even opinioned that the only true Chinese culture left in the world is based on Taiwan. The reason for this anomaly is of course the arbitrary twist of history that saw Taiwan become the landing site for KMT General Chiang Kai-shek after his defeat by the Chinese Communist Party. Taiwan was quite “Chinese” before Chiang and the KMT arrived, but after their arrival the new government promoted the island’s Sinicization. On mainland China, however, it was a very different story. Out with the old and in with the new was the creed and by the time the Red Guards of the Chinese Cultural Revolution had finished their purges, many of China’s temples, relics, literature and traditional practices had became history. For a time, the communist regime indicated it had little use for ancient Chinese festivals and instructed the population to focus on the teachings of Mao. Today, however, the Chinese have recognized the value of unifying cultural traditions and many of the old festivals have been reinstated and are now celebrated again. In Taiwan holidays, the traditions never died, so in a way… they might actually be more authentic. Most Chinese festivals follow the lunar calendar and therefore their dates on the western calendar will change each year. 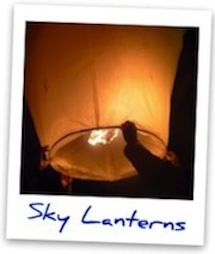 Fifteen days after the end of Chinese New Year the streets come alive with lights. In some places in Taiwan, sky lanterns are released. Children will play with small electric lamps and often the roads are lit with various colorful lights. While you don’t get the day off work, Lantern Festival is a pleasant and bright festival.

Based on an old Chinese story about a wise man who committed suicide by drowning rather than face dishonor, Dragon Boat Festival occurs some time in May. The story goes that ancient Chinese were so distraught about the wise man’s death that they set out in boats to throw sticky rice into the water so the fish would not eat his body. Today, dragon boat races are the descendants of re-enactments of this story. Dragon Boat Festival is a public holiday that usually lasts 2 or 3 days.

Also called the Mid-autumn Festival, the Moon Festival is sort of the last hurrah of the year before the onset of winter – And one of the Taiwanese favorite Taiwan holidays. The occasion is linked to several famous Chinese myths and stories, but in practice, it’s a time for family reunions, barbecues, moon gazing and relaxation. Moon festival is a public holiday that usually lasts 2 or 3 days.

Taiwan itself doesn’t have a national Day as it’s not officially an independent country. Instead, the 10th of October (10-10) is celebrated as the National Day of the Republic of China. On the mainland, of course, this day is not celebrated. “Double Ten Day” is a national holiday and work is suspended. Virtually all the major streets and highways of Taiwan will be decked out with ROC flags and there is often a military parade.

Christmas used to be celebrated as a national holiday under the designation of “Constitution Day” but the date is no longer a holiday. The 28th of February is a day-off to commemorate Taiwanese killed by the KMT government beginning in 1947. January 1st is a holiday. There are also many religious festivals celebrated across Taiwan, but in the interest of space, we are sticking with the biggest ones.