The capital of Taiwan of the Republic of China and Taiwan’s largest city is Taipei. Although Taipei is the biggest city on the island, it is home to just over two and a half million people and is not the most populated area in Taiwan. That honor falls to Taipei County with its over 3.8 million residents. 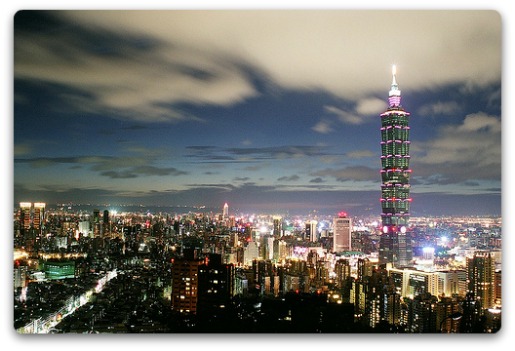 The Taipei basin (so called due to the area being mostly surrounded by mountains) was originally home to aboriginal Taiwanese before Han Chinese settlers began arriving in the 1700s. The city remained a somewhat sleepy town for several hundred years. During the Qing Dynasty Taipei was built into a Chinese-style city with walls and gates, several of which still stand today. Taipei’s first big rejuvenation came upon the arrival of the Japanese colonial overlords in 1895. The influence of the Japanese is best seen in the current Taipei City Districts of Wanhua and Da-tong. The Presidential Palace is an excellent example of Japanese colonial-era architecture and, especially in Wan Hua District, many smaller versions of Japanese-era building still stand.

There are literally dozens, if not hundreds of interesting sites scattered around Taipei, so we’re just going to go with a few of the more prominent ones. Taipei boasts two “memorial halls,” a smaller one dedicated to the founder of the republic of China, Sun Yat-sen, and a larger one in memory of former president, general and dictator Chiang Kai-shek. The space dedicated to Dr. Sun Yat-sen was built in 1972 within walking distance of what today is called the XinYi Shopping District with its crowning glory, the Taipei 101 tower. The second hall is significantly larger. Upon Chiang Kai-shek’s death in 1975, a committee began to think about memorials. The hall opened to the public in 1980 and is steeped in symbolism. The 89 steps up to a huge statue of the late president represent the 89 years of his life. The blue-tiled roof and the white marble of the rest of the building are meant to evoke the colors of the Kuomintang party flag. Both the Sun Yat-sen and the Chiang Kai-shek Memorial Halls feature a changing-of-the-guards ritual popular with visitors. 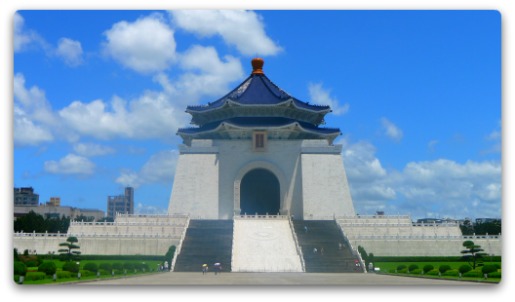 Until around the mid 1990s, the area where the 101 building is located was actually nothing but empty fields. The Taipei World Trade Center’s 30-storey building was the tallest thing in town until a tower near the main train station took that title. The Taipei 101 was completed in 2004 and as of this writing, the tower remains the tallest completed office building in the world.

Located an hour from downtown is the National Palace Museum, rated as the 15th most-visited museum in the world in 2008. The museum features thousands of Chinese historical artifacts that were brought to Taiwan at the close of the last Chinese civil war. That they moved here was somewhat fortuitous as the Cultural Revolution in China resulted in the destruction of many priceless pieces that were left on the mainland. 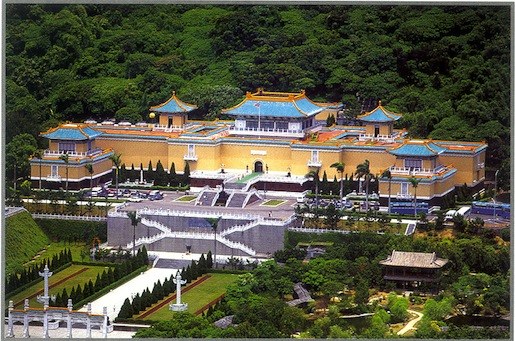 But, if ancient pieces of pottery aren’t your thing, leave the material world behind and check out the Longshan Temple in old Taipei. The best time visit is at night when the colors are most vivid. You will most certainly encounter people trying to worship, so try not to get in their way. Around the corner from the temple is the famous “snake alley” where you may ingest freshly killed snake meat and drink venom…yum! 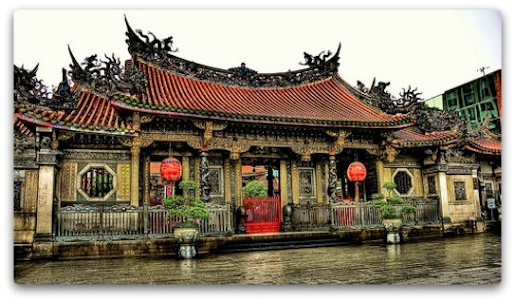 Taipei is a shopping Mecca, but rather than hitting the boutiques, its much more fun to try the local night markets, the biggest and best of which is found a 20 minute subway ride north at Shi Lin.

Taipei is divided into 12 districts and the MRT or subway services most of them. Taxis are cheap and plentiful, but don’t count on English skills. The city has the highest Wi-Fi penetration in the world with at least 20,000 access points.

Taipei is a city that doesn’t sleep. One can find food, entertainment and action at almost any time, day or night. The capital of Taiwan is a bustling, exciting city that is a great place to work or visit.