Genuine “Taiwan language” is made up of the 14 aboriginal – or native Taiwanese – tongues spoken by various tribes or groups. Some of these languages are very close to extinction. All other language in Taiwan have been imported from China. 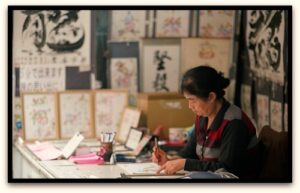 The lingua franca in Taiwan is Mandarin Chinese, the same language spoken by Chinese people on the other side of the Taiwan Strait. However, Taiwan’s version of Mandarin Chinese is slightly different than the Mandarin Chinese spoken on the mainland. There are different words for even some very common items – for example in Taiwan, garbage is known as “Le Se,” where is the mainline it would be called “La Ji.” Sometimes the two languages will use the same words, but the tones will be different. That said, people from Taiwan and China generally understand each other if both are speaking in Mandarin Chinese.

While Taiwan languages most commonly used is Mandarin, the majority of Taiwanese people are the descendants of immigrants from southern China who arrived from China’s Fujian province roughly 300 years ago. Fujian has its own dialect of Chinese which is sometimes called Fujianese or Hoklo. This dialect has evolved over the centuries in Taiwan to become the language commonly called Taiwanese which is spoken by some 70% of Taiwan’s population. Again, a person from China’s Fujian Province and someone speaking Taiwanese language will roughly be able to understand each other. Hakka is another Chinese dialect spoken by roughly 1/3 of Taiwan’s population. Many Taiwanese will speak three or even four languages! 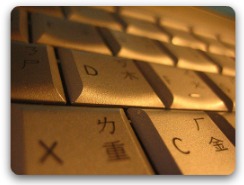 does not have an independent writing system but instead uses Chinese characters. All throughout China there are dozens of dialects that sound completely different from Mandarin Chinese but still use the same characters… and in fact the standardizing Chinese characters was among the first step towards the creation of a unified China thousands of years ago.
Older people in Taiwan may also speak Japanese as Taiwan was a Japanese colony from 1895 to 1945. Taiwan’s former president Lee Tung-hui (who is 90 years old) for example, speaks Mandarin, Taiwanese, Japanese and English. English is a common second-language but visitors will find it much easier to communicate with local people in Taiwan’s larger cities than in the countryside where there is less exposure to foreigners and English. Taiwan’s level of English fluency is high when compared with Japan for example, but compared to Singapore or Hong Kong it would rate quite low.